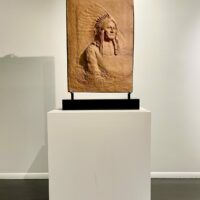 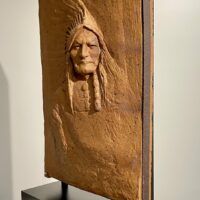 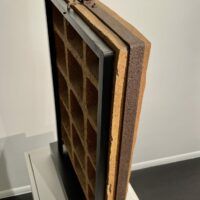 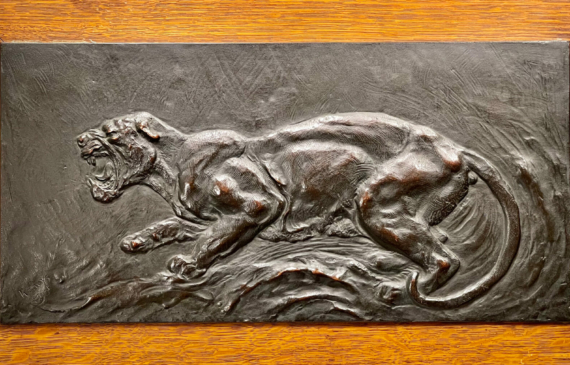 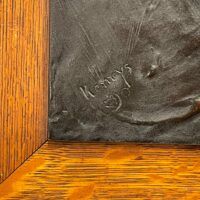 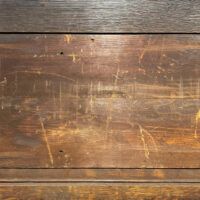 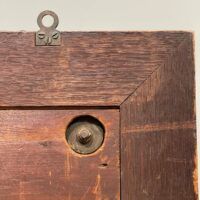 Edward Kemeys was America’s first “animalier,” or specialist in animal sculpture, and is especially noted for two particular public works, being the lions, which guard the entrance to the Art Institute of Chicago and Still Hunt, a stalking puma on the precipice of a granite outcropping in Central Park, New York.  Kemeys strength lay in conveying the character of each species, as well as a sense of natural movement.

He first became interested in animals when he moved to New York City after the Civil War, where he had served as an artillery officer.  He was employed in the construction of Central Park and at the Central Park Zoo he observed someone modeling a wolf’s head and decided to try sculpture himself. His talent manifested itself immediately, and his first sculpture Hudson Bay Wolves (1872) was purchased for Philadelphia’s Fairmont Park.

The money from this commission allowed him to travel to the West in the 1870s, studying first hand wild animals in nature. He hunted buffalo with the Indians wearing a wolf skin. Like Frederic Remington, he assumed an obligation to record aspects of the American West that were rapidly disappearing.

When his funds ran out, he went back to New York City where he opened a small studio. It was there that he created some of his finest work and exhibited them at the Philadelphia Centennial Exposition in 1876.

He went abroad from 1877 to 1879, and exhibited his Bison and Wolves, which received great acclaim at the Paris Salon of 1878. Subsequently, he made major large works including Still Hunt (1883, Central Park, New York City), the colossal bison head for the Union Pacific Railroad bridge in Omaha, Nebraska (circa 1885-90), and the bronze lions at the Art Institute of Chicago (1895).

Returning to the United States in 1879, he continued to study animals both alive and dissecting dead ones to gain the intimate knowledge of their bone and muscle structure.  Edward Kemeys exhibited twelve sculptures at the 1893 Worlds Colombian Exposition in Chicago, winning medals at both fairs. In 1900 he moved to Washington DC where he lived until his death in 1907.